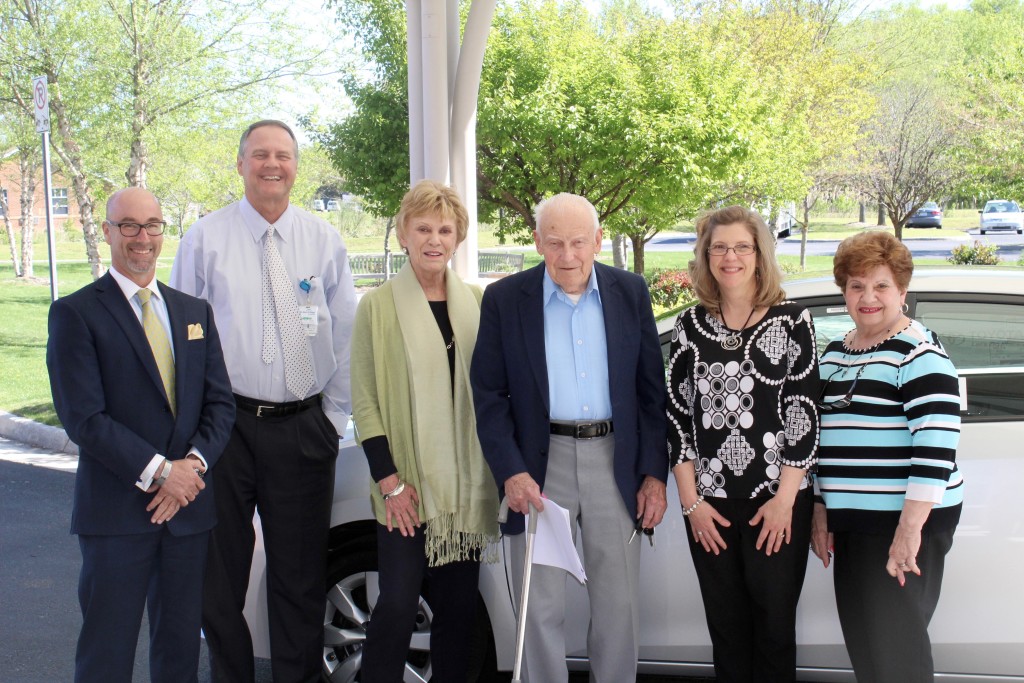 Checkered Flag Auto Group, which operates multiple dealerships in Virginia Beach, donated the silver car for the Auxiliary Board of St. Mary’s Home to raffle. Adams bought the winning ticket in the drawing, which raised about $20,000 to help 100 children and young adults with severe disabilities who live at St. Mary’s.

Auxiliary Board President Mollie Pavlik handed over the keys to Adams when his daughter brought him to St. Mary’s to sign paperwork to take ownership of the car. She told him she was very excited that he had won.

Todd Collins, general manager of Checkered Flag BMW, arranged the giveaway and was on hand to greet Adams and show him some of the car’s features. This was the sixth year in a row that Checkered Flag donated a car to the Auxiliary raffle. The winning ticket was pulled during the Auxiliary’s Gala and Auction on April 16 at the Half Moone Cruise & Celebration Center in Norfolk.

The Virginia Beach resident met his wife in 1946 when he was a Corsair pilot on the USS Midway aircraft carrier at Oceana Naval Air Station. They were married nearly 67 years when she passed away in 2014.

Adams, who turned 91 in March, said he’s “almost too old for a new car,” but that he definitely needed one. “Ninety-one is a heck of an age to win a new car,” he said. “But that is how the ball bounces.”

He said he’d never won anything before, except for a basket of groceries. The car, he said, was a much better prize.