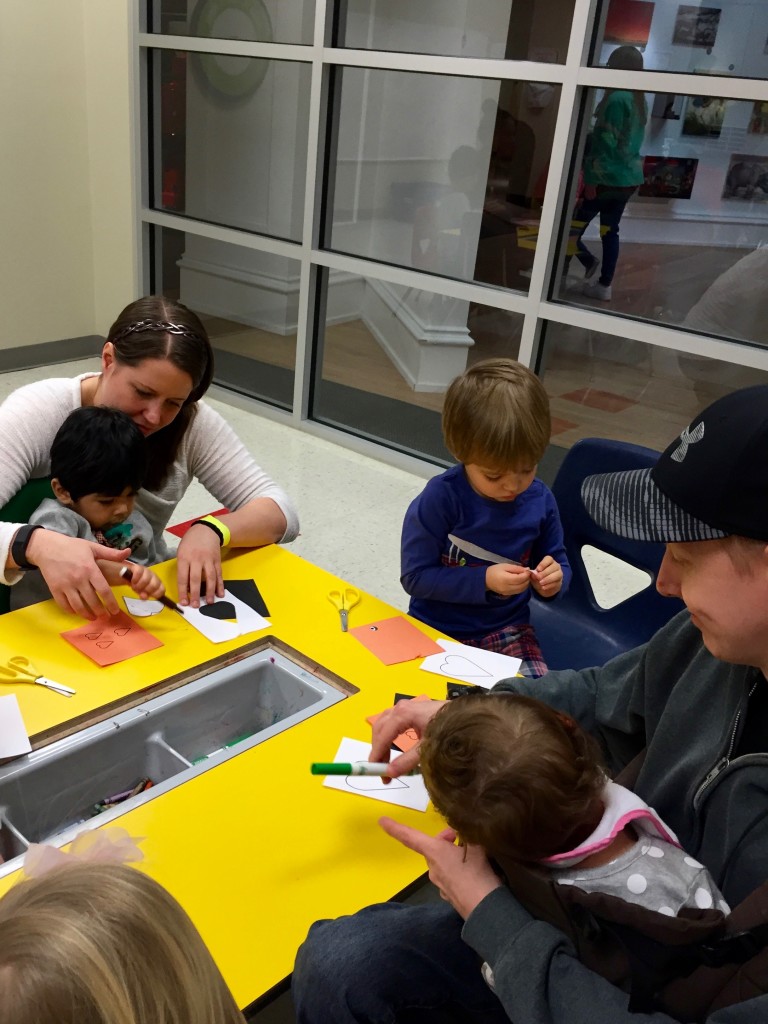 The littlest kids at St. Mary’s play a lot, enjoying activities in a colorful classroom designed to stimulate their senses as part of our Infant and Toddler Program.

Fridays, though, are different. That’s when they go on field trips: to the new Slover Library in downtown Norfolk, the Children’s Museum of Virginia in Portsmouth, the Virginia Beach Oceanfront, and even the Busch Gardens amusement park an hour away in Williamsburg, to name just a few places they’ve been.

Fridays are when Iker, Mackenzie, Jeremyiah and Anthony explore their community. Coming along for the fun are their young friends who don’t have disabilities.

All these adventures are part of Peer Play Pals. The program began as a pilot project in June 2014 as a way for kids at St. Mary’s to play with other kids their own age, in places they’d never been, said Nicole Hoskins Jones, our director of recreational therapy.

Nicole’s initial idea to form a playgroup at her son’s school evolved into a group based at St. Mary’s, with several St. Mary’s employees and their children, as well as both of Nicole’s young sons, involved.

Today, there are two groups of Peer Pals, kids three and under who go on field trips during the day on Fridays, and kids ages four to six who started with the program and are now in school but get together once a month or so.

The trips include activities, snacks and lunches at restaurants. Donors like you make the Peer Pals program possible by giving Visa gift cards that help pay for meals and gift cards to places like Build-a-Bear Workshop.

Sometimes the kids get together at St. Mary’s, for example, holding a “Friendsgiving” dinner around Thanksgiving. The kids shopped for the food and helped prepare a little feast.

“Kids learn from each other, learn through play,” Erin said. “They can watch me play all day long, but it’s not the same. They see what other kids are doing, how to play appropriately. It’s about social development, to learn what’s acceptable and not acceptable.”

And it’s about being free to be a kid – and to explore.

This article is from the spring 2016  issue of our newsletter, Journeys. Read the entire issue online here. To request a print copy of the newsletter, contact Sonja Barisic, APR, director of marketing communications, at sbarisic@smhdc.org or (757) 352-2700.